We are a third generation plumbing business serving the Milwaukee Metro and Waukesha areas. Our plumbers are highly trained, licensed and insured to make sure you receive the highest quality work.

We have an eye for detail and have that “hard work” ethic instilled from 50 years of a family owned business. We treat our clients with respect and pay close attention to their needs as well as their desires. Our services include residential, commercial and industrial plumbing.

CP Conway works with home remodelers for your project and provides FREE estimates. We supply high quality products from well known suppliers in our area. We provide all plumbing repairs, new construction, bathroom/basement/kitchen remodels, water heater and water softener installations and much more.

We want to be your "DO EVERYTHING" plumber!

CP CONWAY PLUMBING prides ourselves on being the affordable, conscientious and expert plumber. Having been in the plumbing business since 1960, we know how to treat our customers. Contact Us through the website or call/text us at 414-704-7240 for more detailed information. 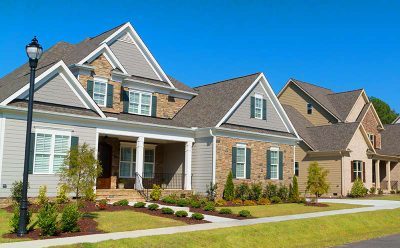 Everyone has needed a plumber at sometime. We can address every situation from clogged sinks to leaky pipes. CP Conway Plumbing is your do everything residential plumber.

We install water heaters, water softeners and iron filters, new fixtures, backwater sewer valves, sump pumps, frost proof hose bibs and more. We also do repairs to plumbing fixtures. We never assume you are ‘made of money’. If a fixture can be repaired instead of being replaced, we give YOU the options and YOU make the decisions.

Got a clogged or slow drain in a sink, tub, shower or floor? We do sewer and drain cleaning as well.

We can even demo old and corroding pipes and install new PVC pipes for drains and copper pipes for water.

Are you remodeling your kitchen, bathroom, attic or basement? We work closely with contractors to make sure all your plumbing needs are done correctly in when they should be done during the project.

Businesses are not exempt from plumbing repairs or upgrades. CP Conway Plumbing provides all plumbing services to businesses in the Milwaukee Metro and Waukesha areas.

Whether you are constructing of new building, adding on to an existing building, or remodeling your current space, we can take care of ALL your commercial construction plumbing needs.

We DO NOT have

If you are not calling during our hours of operation, please leave a message and we will respond the next morning.

Back in 1929, Charles Patrick (C. P.) Conway graduated from Boy’s Technical School in Milwaukee with a plumbing diploma. It was the first step toward fulfilling his dream of owning a business: C. P. Conway Plumbing, Inc.

C.P. Conway Plumbing was a one-man operation, so there wasn’t always enough work for all three sons. So Chuck and Harry eventually left for larger companies that offered steadier work. Richard the third son, stayed on and eventually bought the business in 1976.

Rick, Richards oldest son,  graduated from college in 1993 with a degree in environmental science, but joined the company due to a shortage of jobs in his field. After working as an apprentice and then a journeyman plumber, Rick obtained his master plumber’s license, which paved the way to buying the company.

In 2005, Richard sold the business to Rick who owns and runs CP Conway Plumbing Inc. to this day.

We accept checks only.

We do not accept credit cards.

CP Conway Plumbing is a member of the BBB.